On September 17, 2020, a number of Georgia Tech students, Naugle CommLab employees, Writing and Communication Program faculty, and Georgia Tech International Ambassadors gathered in Microsoft Teams…to talk. The Naugle CommLab and the WCP’s World Englishes Committee partnered to organize and host the event, which is an opportunity for graduate and undergraduate students who are learning English as a second or other language to come together and practice speaking in English. 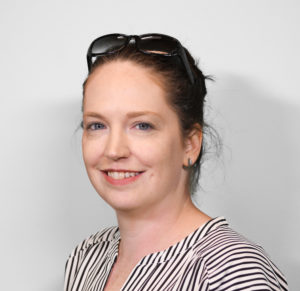 Dr. Kendra Slayton, one of CommLab’s interim co-directors and, along with Dr. Rob Griffin, one of the lead organizers behind the Conversation Hour event series, was impressed by the turnout at the September event. “We ended up with 36 people on the call. Eight of those people were [CommLab employees] and a couple of GTIAs who have worked with us in the past, so that’s twenty-something participants not including the chat moderators.”

During the Conversation Hour, participants initially assemble in a large group, then split into smaller groups in separate breakout rooms, each with their own conversation leader or moderator, where they chat for the rest of the hour. And what do they talk about? Perhaps a better question is, what don’t they talk about? Many of the conversations start with a topic, like pop culture, food, travel, and so on, but that doesn’t mean the groups have to stick with that topic. Moderators allow conversations to develop naturally and try to make sure everyone gets an opportunity to join in. 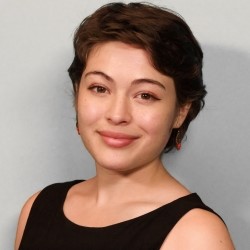 Stephanie Oliva, one of the Conversation Hour moderators, said, “We started talking about TV shows. We kind of went off on a tangent like that, and we only got food in right at the end. But we had all seen a lot of the same TV shows, and it was really cool to see everyone just get really into it. It was a lot of fun.”

Dr. Alok Amatya, a professional consultant in the Naugle CommLab and a Marion L. Brittain Postdoctoral Fellow, also described what was in his opinion a resounding success.

“So many people came, and the prompts that were provided…really helped in giving direction for the conversation. I had three students, and I’m not sure how many of them had participated in this before, but they seemed to know what to expect, and they all had a really enjoyable conversation. At a time like this, it’s so great to have a social chat anyway.”

Oliva, an LMC major and a peer consultant who has been working in the Naugle CommLab since 2018, also commented on what she sees as the benefits of the Conversation Hour and why she enjoys working with the students. She says,

“I like participating in Conversation Hours because it gives people the opportunity to practice their English skills in a safe and non-judgmental environment. As someone who is learning a new language, I understand how important this sort of atmosphere is to developing confidence in one’s speaking skills. I also think it’s fun to meet new people (especially at a time like this).” 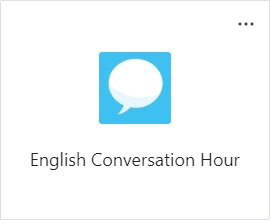 The Naugle CommLab started hosting these events in the CommLab itself in 2019, but since the pandemic they have shifted their focus to trying to hold these events virtually. While it may not be the same as a face-to-face Conversation Hour, Dr. Rob Griffin, the Naugle CommLab’s English Language Learning specialist, says the events are still hugely important, not simply for language practice, but also for mental health. He says,

“I think the Conversation Hour is vital to the well-being of our students as a forum to break the isolation and detachment many are facing, especially during the COVID-19 crisis. Programming such as the CommLab Conversation Hour is in keeping with the diverse and inclusive setting that Tech promotes by making itself accountable to the needs of students whose voices may not always be heard. By hosting such venues, CommLab continues to support the Georgia Tech community as an important hub for a broad array of services that enhance linguistic skill and visual literacy while also providing a network for socialization and cross-cultural awareness.” 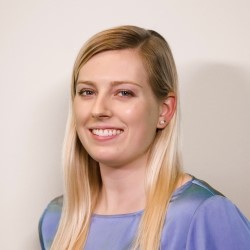 Hannah Lachmayr, a graduate student in Biology and a center assistant in the CommLab, also talks about why the Conversation Hour is especially meaningful to her:

“Georgia Tech is packed with diversity, and to me, Conversation Hour showcases this. The students are so eager and motivated to improve their English conversation skills that I am inspired by them, and we consequently have an engaging conversation. Particularly, I love hearing about aspects of their lives and how they parallel mine yet are unique. Just from simple conversations, I have already been taught new recipes/cooking techniques (including making Japanese pancakes – 窯焼きスフレパンケーキ) and learned of new mentally-stimulating TV to watch. Seeing the students gain confidence in their speaking and use of vocabulary throughout a session, especially as they discuss a point of interest, is rewarding.”

So, will there be more conversations in the future? If you ask Dr. Slayton, the answer is absolutely yes. “We had something like 44 people actually register, so there is a bigger pool of people out there who may be interested in future [events].”

And as long as the situation remains as it is, the need will remain and grow. As Dr. Griffin said, “At a time when many courses are asynchronous, extracurricular activities are restricted, and human contact is difficult, the Conversation Hour is one venue where students are reconnected to faces and voices in real time even if only on a screen.” 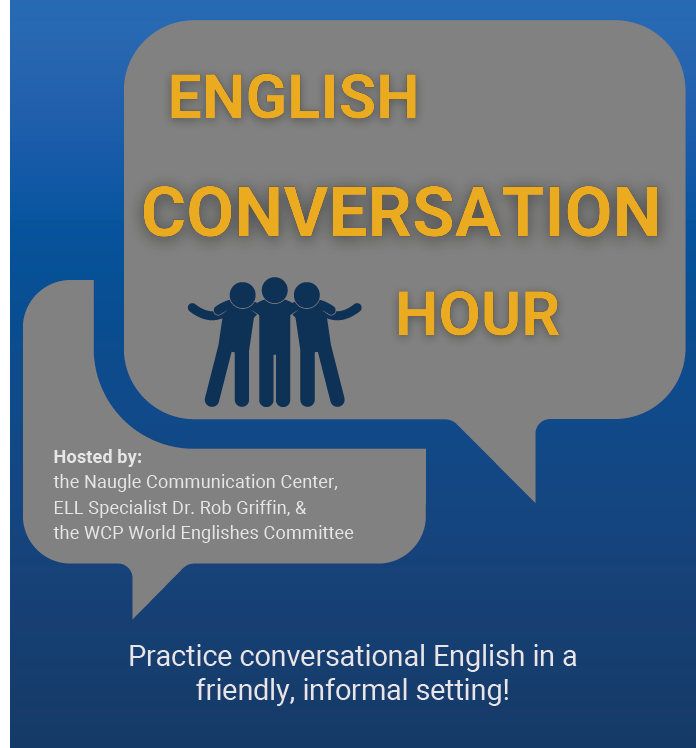 One thought on “More than a Conversation: Georgia Tech Students Gather Virtually to Practice English and Socialize”