Title: Made in Bangladesh

Made in Bangladesh is a Bangladeshi drama that continues director Rubaiyat Hossain’s focus on social realism in her filmography. The film incorporates strong emphasis on setting and composition to present a realistic overview of the struggles and injustices faced by female workers in Bangladesh’s garment industry. By revealing the status quo for Bangladeshi garment factory workers, Hossain critiques unfettered capitalism and demonstrates its impact on the urban working class. Furthermore, the film’s focus on the perspective of impoverished female characters fighting for their rights challenges the male-centric narratives prevalent in Bangladeshi society and exposes how capitalism and patriarchy amplify each other in modern Bangladesh.

The film focuses on Shimu (Rikita Nandini Shimu), a young woman employed in Dhaka’s garment industry and her fight to establish a union at her factory. After narrowly escaping death in a factory fire, Shimu is interviewed by Nasima (Shahana Goswami), a social worker who introduces her to workers’ rights and unions. Through careful planning with Nasima and conversations with fellow workers, Shimu discreetly builds enough support to present a petition to form a union at her factory to the Ministry of Labor. Along the way, Shimu and her comrades face many threats and injustices at the hands of their bosses. Furthermore, her campaign engenders conflict with her husband, who urges Shimu to leave her job. As tensions at her factory and home reach a breaking point, Shimu must choose between acquiescing to her bosses’ demands to cease organizing the union or giving up her old life to follow her principles.

Hossain’s powerful cinematographic choices highlight the topics she desires to bring to the audience’s attention. Serious issues in Bangladeshi society are presented to the audience through an emphasis on social realism, which manifests as an aesthetic focus on poverty throughout the film. From the opening scene, viewers are confronted with the harsh reality of life in Dhaka’s urban slums. Hossain communicates the squalor of the slum where Shimu lives through long tracking shots of her walking along dirty streets or through fumigation clouds. Similarly, through extended shots of mundane occurrences like sewing garments at the factory, the film communicates the ennui and hopelessness of poverty. Mise-en-scène is utilized heavily to this effect, as can be seen later in the film when Shimu visits the Ministry of Labor to submit paperwork for the union. The office is filled with mountains of yellowing documents that Shimu faces as she asks how long the process will take, providing tangible evidence of the obstacles the fledgling union is facing. Thus, Hossain’s stylistic focus on setting and composition provides specific visual motifs that the audience can associate with the film’s major themes.

The association of Shimu’s fight for the union with her struggle for personal freedom continues Hossain’s interest in realistic movies that center female perspectives. An example of this is her award-winning film Under Construction (Bangladesh, 2015), a narrative about a middle-class woman struggling to discover herself amid the bustle of urban Bangladesh. In the film, the protagonist encounters liberation through writing a play, much like Shimu finds her voice by creating a union. Another similarity is that the play in Under Construction is set in a garment factory, providing further evidence of Hossain’s focus on the intersection of labor exploitation and womanhood. Hossain’s treatment of the latter topic centers around the idea of marriage as a hindrance to women’s freedom. This is seen when Shimu’s husband forces her to wear a hijab and locks her in to prevent her from working, and explicitly stated when Shimu tells Nasima, “we are women. We’re screwed if we’re married and screwed if we aren’t.”

Made in Bangladesh also exposes the impact of unregulated capitalism on the working class. The limitless control Shimu’s male bosses have over the female workers shows how Bangladesh’s entrenched patriarchy augments the working poor’s struggle; in the words of Shimu’s friend, “there’s no law for the poor.” Two major settings in the film, the factory and Shimu’s home, are artfully interwoven to imply that capitalism and patriarchy are inextricably intertwined. The film’s response to this predicament is to underscore the power of the collective. Indeed, the first semblance of change in the factory occurs when all the women demand to keep the fans on while they sleep there. However, in keeping with her emphasis on social realism, Hossain refuses to oversimplify the film’s narrative into a victory of good over evil, leaving the union’s fate unknown as the movie ends.

Hossain’s Made in Bangladesh is a compelling story from the often-overlooked perspective of working women in one of the world’s poorest countries. In keeping with her oeuvre’s emphasis on social realism, the film employs setting and composition to present its viewers with a sobering look into garment factory workers’ lives and explore how this demographic is affected by the intertwined issues of worker exploitation and patriarchal oppression. 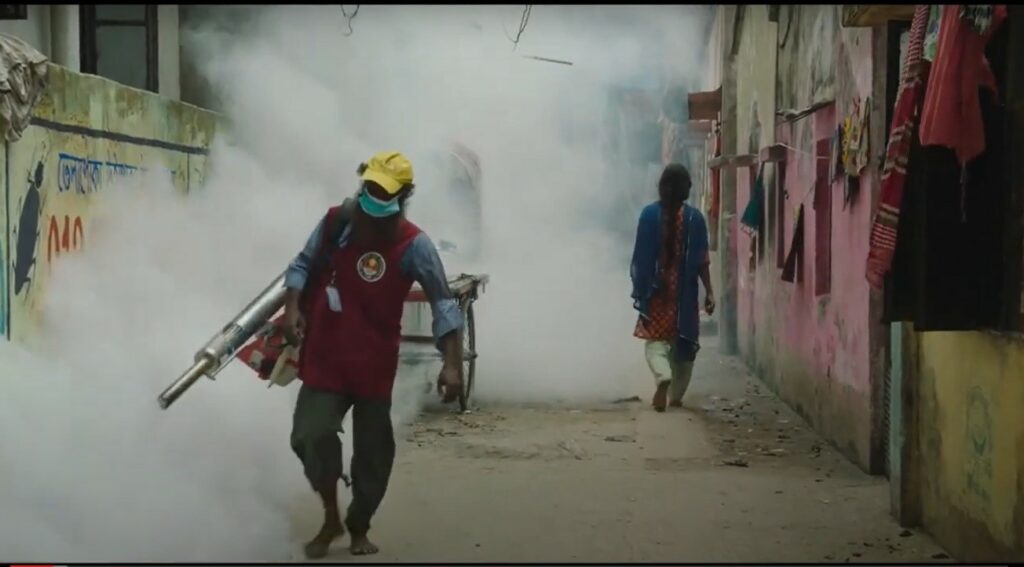 Figure 1: Shimu (Rikita Nandini Shimu) walks through a cloud of fumigant on the way home from work. 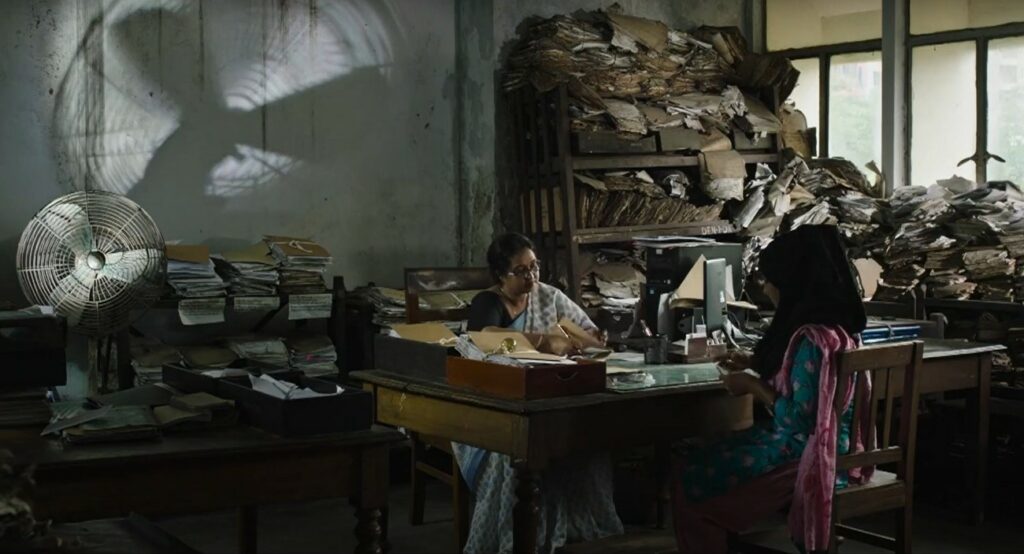 Figure 2: Shimu sits opposite a pile of aging paperwork as she submits her union application.

A story where the journey is far more important than the destination, Travelers and Magicians (Bhutan, Khyentse Norbu, 2003) questions whether the grass really is greener on the other side of the fence through a scenic and thought-provoking road film. As the narrative progresses, it both warns of the dangers of a dreamland while also demonstrating the aspects of Bhutan that make the country so unique.

The film opens with Dondup (Tshewang Dendup), a government official in a small Bhutanese village. His dissatisfaction with his life in Bhutan has driven him to travel to America, and he restlessly awaits a letter that will contain his accommodations to leave. After receiving it he leaves his village, impatiently quitting his job for what he believes will be a better opportunity in a new country. Along the way he is stopped and presented with a going away gift, and in the next shot throws it off a bridge – symbolizing his desire to completely rid himself of his old life. Delayed, he misses the bus and resigns himself to hitchhiking. When waiting for someone to pick him up, he is joined by an apple seller and a monk. The monk (Sonam Kinga) is told of Dondup’s desire to go “the land of [his] dreams” in America, and in hearing this quickly warns him of dreamlands. The monk then begins a story that lasts throughout the movie about Tashi (Lhakpa Dorji), a young man who hallucinates a magical land where he encounters an old man (Gomchen Penjore) and his much younger wife Deki (Deki Yangzom). This parallel story continues on throughout the movie, even as Dondup begins to meet more people through his travels, including a beautiful 19-year-old girl, Sonam (Sonam Lhamo).

The embedded narrative Norbu employs throughout the film skillfully ties together the two plots in an inventive and engaging way. Some of the shots between the two narratives correspond; the film focuses on the old man’s eyes right before it transitions to the eyes of a picture in a cave where Dondrop and his acquaintances are staying. 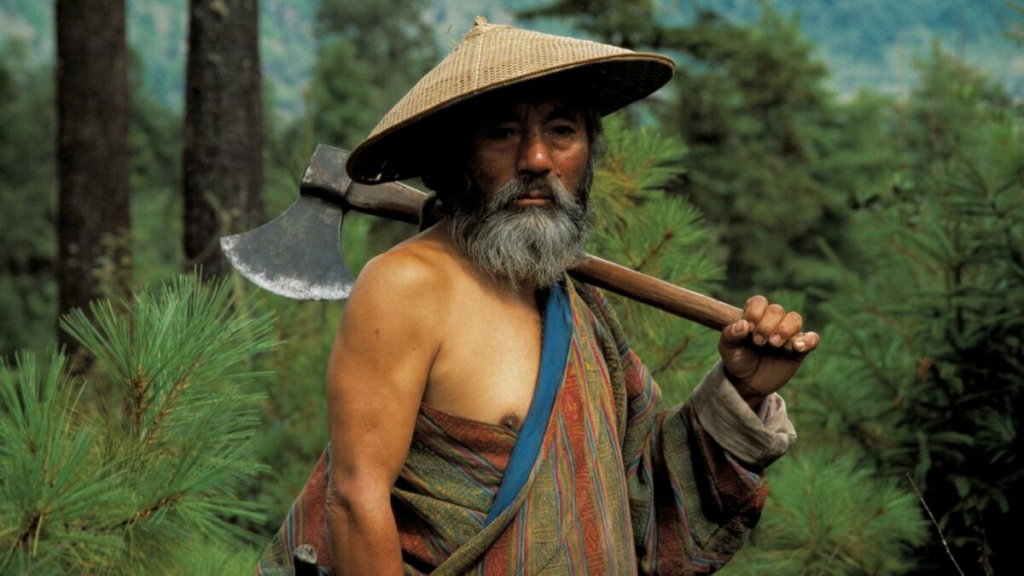 Figure 1: The old man in the monk’s story 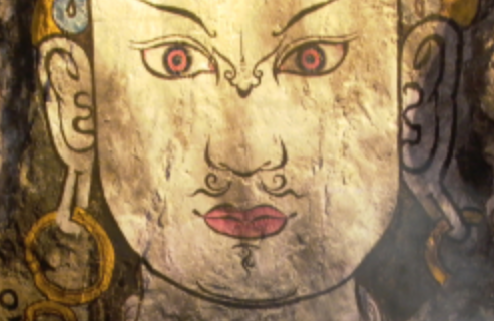 Figure 2: The art on the wall of the cave

Like the parallel shots, the stories also show many similarities. Both narratives tell of a journey that has a strong impact on the main subject, and the clever transitions that reflect the parallels between the two stories make the overall plot far more compelling and captivating.

While the dual narrative helps capture and hold the viewer’s attention, the film also comes with a strong message of appreciating what you have and taking caution with the idea of a dreamland – particularly one you’ve never been to. In the shot where Dondrop is first introduced, everything from his T-shirt to his music points to his obsession with America. In the story the monk tells, Tashi also finds himself dissatisfied with his current life and desiring something more than the situation he finds himself in. Both characters must grapple with the question of whether or not life is truly better in their dreamland, or if this dreamland even exists outside of their own head. The film explores this question in a way that leaves the viewer pondering the same poignant questions as the characters from both stories.

Bhutan has stood out internationally because of its relatively untouched beauty and traditional values, both of which are reflected in the film. Long shots of natural Bhutanese landscapes are interposed throughout; the viewer is able to enjoy the enticing scenery. Travelers and Magicians was shot entirely in Bhutan, and is highly unique in that regard, so the audience gets a window into authentic and striking views of the country. Along with the scenery, both of the women in the film reflect on the traditional values of Bhutan, allowing a more complete study into not only what the country looks like, but also what values they hold in high regard. The young girl travels with her father, taking care of him. Deki is hidden away from the world and only interacts with her husband before connecting with Tashi. The young girl displays the values Bhutanese people consider important – such as a sense of community and care for those in your family. Deki represents the isolationism Bhutan has encouraged for many years. Norbu is also able to use the monk in the story to showcase his unique knowledge and perspective as a Buddhist monk. From the characters to the scenery, the film acquaints the viewer with Bhutan in an innovative way.

Travelers and Magicians is an intriguing and enchanting movie that combines a captivating embedded narrative technique with picturesque shots that not only inspires a moral lesson in the audience but also instructs about Bhutan. Viewers are left with deep unanswered questions that inspire reflection, and newfound knowledge about the distinctive and isolated country of Bhutan.