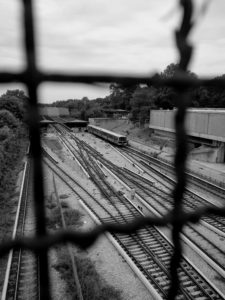 The following resources include links to videos and podcasts related to the study of World Englishes and communication. Not all of these resources are academic; in fact, most are not. However, any of them could be deployed in a classroom focused on the study of English and its varieties or used outside of a classroom by students wanting to augment their grasp of the history and lexicon of Englishes. Some of the videos appear here because they provide interesting linguistic samples, while others are documentaries meant to capture the language and culture of particular groups or communities.

The Story of English

The Story of English (1986) is a BBC documentary, directed by William Cran. It provides an in-depth and interdisciplinary examination of the history and development of the English language.

The Spread of English (video lecture by Dr. J. Handke)

Do You Speak American? (2005) explores the diversity of English language varieties in the United States. It was originally broadcast on PBS in the U.S. and hosted by Robert Macneil. Macneil and William Cran co-authored a book of the same title, and you can find a website of related resources here.

The Language and Life Project

The Language and Life Project provides a collection of documentaries, produced by North Carolina State University. These films records the voices, culture, and stories of N.C. people and includes varieties such as the Ocracoke Brogue, as well as varieties of African American Vernacular English (AAVE) and Southern Appalachian.

Folkstreams is a digital repository of documentaries created by independent filmmakers and researchers, including Alan Lomax, Pete Seeger, and others. They record the cultural practices, language, and beliefs of cultural groups all across North America.

Up is a series of documentaries tracking the life development of 14 children in the U.K. The children hail from a range of socioeconomic backgrounds. Every seven years (hence, the titles of these documentaries) the series revisits and interviews the children (eventually adults), asking them about their opinions, goals, etc. The documentaries have many applications in the fields of childhood and adult development, education, psychology, sociology, and so on. They also preserve language samples and accents from different parts of the U.K. The first film was directed by Paul Almond and all subsequent films by Michael Apted.

Accent tags are videos that demonstrate linguistic features from different dialects. The linked page is a brief description of the accent tag meme and a link to a YouTube playlist featuring examples of a range of English dialects.

The English We Speak (BBC)

The History of English (Kevin Stroud)

Poem of the Day (Poetry Foundation)

TORCH Podcasts (The Oxford Research Centre in the Humanities)

Why English Is So Weirdly Different (John McWhorter)

The World in Words (NPR)