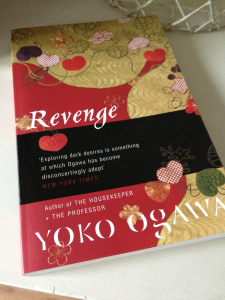 The blurb on the interior cover of Yoko Ogawa’s Revenge: Eleven Dark Tales appeals in sensationalist terms, highlighting  “jealous lover[s],” “violent envy,” and “murderers and mourners,” all appeals that engage with the same enduring interest that drives the popularity of crime shows and romantic dramas. The purpose behind the Gothic tone of Ogawa’s collection compares, in part, to that of the horror genre. Stephen King wrote that “the mythic horror movie . . . has a dirty job to do. It deliberately appeals to all that is worst in us. It is morbidity unchained, our most base instincts let free . . . . Why bother? Because it keeps them from getting out.” Certainly, on an individual level, Ogawa’s jealous lovers, murderers, and mourners each succumb to their own base instincts. But Revenge does more than simply shock for shock’s sake, for the characters’ base instincts grow from a common seed: an oppressive sense that they can never fully share the longing, grief, or disappointments that arise not only from extraordinary situations but also from everyday life. Thus stifled, Ogawa’s characters are overtaken by the metaphorical, titular “poison plants” of the collection’s final tale, and Revenge showcases the toxicity of internalized suffering.

Ironically, however, Revenge shows that this suffering, though ineffable for each individual character, is common to all. Ogawa masterfully achieves this sense of commonality through 1) the similarities in each individual tale’s construction and  2)the tone that she builds throughout the whole collection. Each tale is written in the first person, though each has a unique narrator. Ogawa rarely describes these narrators physically; rather, we generally see the world only through their sometimes unreliable perspective. Ogawa’s art for making the everyday uncanny also marks each tale, with examples ranging from lines like “I could sense the trembling of the kiwis” (31) to the depiction of hand-shaped carrots that, when chopped for salad, give the story “Old Mrs. J,” otherwise fairly ordinary at that point, vague overtones of cannibalism. 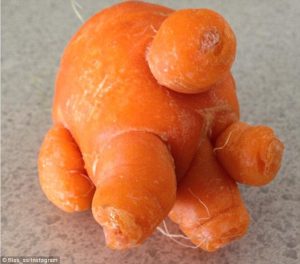 Ogawa also links each tale through small continuities. For example, the carrots in the previous example are referred to in two later tales. In addition, unexpected twists increase the sense of the uncanny. “Lab Coats” centers on the narrator and one other character, with suspicion building against one of them only to dramatically shift by the end. This is not simply a gimmick, for Revenge emphasizes the capacity for darkness inside every one of its characters, though this darkness ranges in scope from self-denigrating and introspective to homicidal. None of the stories are long, but each feels surprisingly rich. I found myself needing to take a break between stories, sometimes a day or two—my mind needed time to digest each, as though I had eaten a heavy meal. This richness stems not only from the Gothic-horror shock value of each tale, but also from, again, the everyday nature of the pain felt by many of the characters: feelings of estrangement from their own children; the difficulty of speaking and sharing grief; a haunting sense, shared by several characters, that they had failed to achieve some greater purpose in their life.

I highly recommend Revenge for personal reading, but I believe it could also have wide application in teaching. While Revenge is more than the sum of its parts and worth reading cover-to-cover, each story can stand alone to serve as an example, in Creative Writing-themed courses, of how to build emotional resonance and rich story arcs in just a few short pages. In addition, in a course exposing students to a range of literary modes, Ogawa’s stories could serve as examples of the Gothic mode. A further advantage of using Ogawa’s text to discuss the Gothic is the opportunity it offers to challenge an often Eurocentric view of Gothic literature. Ogawa has understandably been compared to Edgar Allan Poe, but she channels the rich, centuries-long Japanese history of yūrei, or ghosts, as seen in literature such as the eleventh-century Genji Monogatari. Though Revenge does not include ghosts, per se, Ogawa casts a haunting mood throughout her stories.

Ogawa’s work also conveys the concept of mono no aware, the idea that the transitory nature of the mortal world evokes both profound sadness and profound beauty. Japan’s cherry blossom season perhaps best represents mono no aware, and is referenced a number of times in Ogawa’s collection, as when the narrator of “The Little Dustman,” traveling by train to a funeral, notes that “Although it was spring and the cherry trees  along the track were just beginning to bloom, it had suddenly started to snow” (39–40). Like mono no aware, Ogawa’s collection highlights the transience of human life, with an emphasis on the sadness of not only its passing but the characters’ consistent inability to define their lives the way they want to before their stories come to a close. Whether for teaching purposes, or for personal reading, I highly recommend Yoko Ogawa’s Revenge.