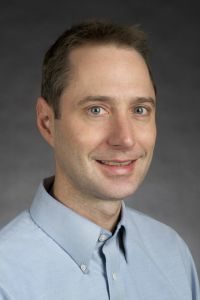 How do you perceive your role/position in a department comprised mainly of literature and composition specialists?

It is a unique position for sure. We have other linguists here in the department and on campus. However, I am the only one in my department who would be classified as a social scientist. This obviously gives me a different perspective on research design, data analysis, etc. than most of my colleagues. I think this perspective can be useful to my colleagues, but of course it needs to be balanced with existing methodologies in their fields.

What first drew you to linguistics and second language acquisition?

My first “real” job after I finished my undergraduate degree was teaching English in Japan. My interest in SLA grew out of that, plus the need and desire to further my education at the graduate level. (I earned both my MA and PhD while living and working in Japan.) In addition, SLA, at least as I approach it, was a natural marriage for my interest in language and psychology. As an undergraduate, I double-majored in English and Psychology.

Do you have a favorite linguistics or language assignment that you find effective in your English, Linguistics, or SLA classes?

Hmm. That is not such an easy question to answer. I suppose one thing I like a lot is working on learner language with an eye on trying to understand what is motivating the linguistic choices of a learner. An important concept in SLA is the idea of interlanguage. Interlanguage describes a developing language system that is in between the learner’s first language and his or her second language. A key component of interlanguage is that it is systematic, even if it does not conform with the norms of the target language. To the untrained eye, learner language can look unstructured and chaotic. It seldom is, though. An important task of the ES/FL teacher is to identify patterns in a learner’s errors with the goal of helping them to revisit and revise their underlying assumptions. It’s a lot of fun!

What experience do you have, if any, teaching English in another country? Tell us about what it was like and why you did it. How have those experiences impacted your teaching, research, or worldviews?

I taught English in Japan for over a decade. I also taught at a variety of levels. It was a great experience and I would advise anyone interested in ES/FL teaching to give it a try. (Not necessarily Japan, but a foreign country.) As for the why, one factor was simply a keen interest to travel and live abroad. I knew my best opportunity to do so was right after I finished my undergraduate degree (i.e. before I had a family and a well-defined career). Given that I lived and worked in Japan for such a long time, it is hard for me to understand precisely how it impacted things like my worldviews, other than to suggest that the impact was profound.

One of the best teaching experiences I had was actually a learning experience rather than a teaching one. When I moved to Japan, I decided I wanted to learn Japanese. If you have not studied a foreign language extensively, you soon gain the perspective of the learner and all that entails. You go from being an articulate adult with a well-defined sense of self and identity to someone who is suddenly reduced to something akin to an infant-like state. It gives you an appreciation for what learners go through and all the challenges they face, not just in terms of language learning but also in terms of how they can sometimes be perceived. It frustrates me to see people speak to English language learners as though their language deficiencies reflect a deficiency of thought or intelligence.

Another of your research topics is L2 transfer. What does that mean? How can awareness of L2 transfer influence the way professors consider student work?

The best way to deal with negative transfer is to have an understanding, even rudimentary, of the learner’s first language. Languages like Chinese, Japanese, and Korean, for example, have no article system (i.e. a/n and the), so you can anticipate errors in article use with learners coming from these countries. Another example: Arabic does not really have a passive voice construction, so native speakers of Arabic will often avoid using passive constructions, even when these are the most appropriate. You don’t really have to know everything about every language, though. Some structures will cause problems for learners from a wide array of backgrounds. A large number of languages lack interdental sounds (like the two ­th sounds we have in English), so these are often problematic for learners when speaking.

If teachers do not have a TESOL background, but want to learn more about TESOL methodologies and approaches, where can they start?

This is another tricky question. There are a number of sources out there that assume different levels of background knowledge on second language acquisition, general linguistic knowledge, etc. Above all, I would urge teachers to be very wary of any book or training that claims to be THE way to learn a second language. These are plentiful but always problematic. Try to find something balanced that presents a wide range of approaches. Find a theory that fits well with your perception of yourself as a teacher and your beliefs about language learning in general. Keep in mind, however, that what worked for you as a language learner (if you’ve learned a second language) might not work so well for others. There are individual differences that affect how different people learn most effectively.

What primary considerations and expectations should teachers have in scaffolding the workload of English language learners?

I would say that we need to keep in mind the level of the learner and how much they are capable of handling at any moment. Overloading students with too much information is almost never effective, especially when they are trying to learn language alongside something else (e.g. academic writing). Keep in mind where they are and where you want them to be, then decide how many discrete steps you need between those two points.

Another thing to bear in mind is the fact that not all issues that resemble language problems are actually language problems. Grammar, for example, ends at the sentence level, and all the grammatical knowledge in the world cannot inform you on how to, for example, structure a paragraph or an essay. These are rhetorical structures that are shaped more by cultural and historical norms. A learner whose own culture uses a very different approach to argumentation will need to be explicitly taught these sorts of things.

Our program focuses mostly on teaching English to adult (i.e. post-pubescent) learners of English as a second or foreign language. It consists of three core courses (Introduction to Linguistics, Theory of Second Language Acquisition, and TESOL Methodology, a practicum course, and two graduate electives in linguistics. It prepares students to teach overseas or domestically through a structured series of courses. We consider learner language, various theoretical approaches to SLA, course development, and more.

Can you describe the value of such a program on your graduate student population in the context of our global society?

It might be argued that in most places in the United States, the days of having classrooms full of Marys, Anns, Johns, and Davids are gone. Our society is very diverse and so are our student populations at all educational levels. Even if you do not plan to teach abroad or teach uniquely English learners, I think the training you get in our program can be tremendously beneficial.

In addition, the training you receive and the experiences you have working with English learners extend beyond this population. Personally, some of the best teacher training I ever had came from working with very low-level learners. I learned to be purposeful, careful in my use of language, consistent in my class structure, and so forth. These things have carried over and now affect my teaching at all levels, including graduate courses.

Finally, there are simply pragmatic benefits. Many of our students complete our program concurrent with their M.A. or Ph.D. programs. Once they enter the job market, they have a considerably competitive advantage over students who have similar training in teaching composition, literature, etc., but lack training specifically in TESOL. Again, this reflects the current demographics in our classroom settings and the need for well-qualified teachers with diverse skills.