“Diversity has become the marker of postmodern life.” 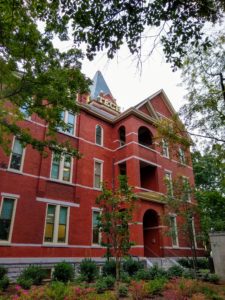 World Englishes (WEs) challenge the “native”/”nonnative” speaker distinction–a binary pair Jennifer Jenkins refers to as a “tired old dichotomy” (414)–and aim to “democratize and de-hegemonize” variant practices of English-language writing and speaking. These approaches critically acknowledge the legacies of British imperialism and contemporary globalization in the spread of English, as well as the ways communicators and their “communities of practice” reshape multiple Englishes to negotiate different audiences, attain their own goals, and even create literary masterpieces (Seidlhofer 238). Braj Kachru’s concentric circles of English model, for example, is one of many such models attempting to depict how English has migrated across the globe and changed over time.

WEs, in addition to other fields of inquiry such as English as a Second Language (ESL), English as a Foreign Language (EFL), and English as a Lingua Franca (ELF), is richly multidisciplinary. It bridges fields such as postcolonial theory, applied linguistics, creative writing, composition pedagogy, and others.

In addition to this interdisciplinary potential, we are interested in how WEs approaches enrich the Writing and Communication Program’s commitment to student learning through its multimodal approach to communication. With their focus on how users negotiate or “shuttle between” multiple languages and cultures in specific contexts, WEs are deeply rhetorical, and knowledge of English varieties across communities, professions, regions, or countries is invaluable to the citizens of our increasingly global society. 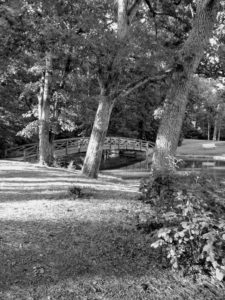 Linguistics scholar and composition instructor Ana Maria Wetzl writes, “I believe in the importance of facilitating my students’ growth as multicultural users of English ready to take on the diverse linguistic landscape of academia and of the workplace.” Preparing students to function and contribute within a globalized professional world should be one of the overarching goals of every university faculty member, regardless of disciplinary affiliations and boundaries.

The resources appearing on this website are part of the World Englishes Committee’s concerted effort to participate in that initiative. The resources on this site are not intended to replace “traditional” resources for working with multilingual communicators, such as information about grammar and academic writing genres, but rather function in a supplemental, facilitating role. Instructors will also find this site helpful for designing composition courses about WEs as a topic of inquiry.

This linked Prezi touches on some of the fundamental concepts of World Englishes and the contributions of scholars in the field. It is intended to be a teaching tool for instructors hoping to infuse their classes with a heightened appreciation for World Englishes and a more accurate sense of how scholars perceive the role of English as a truly global phenomenon.

As translingual composition scholar S. Canagarajah observes, both students and teachers can benefit from WEs approaches that:

1. enrich our understanding of how even monolingual U.S. English speakers “shuttle between” different Englishes on a daily basis as we move across different communities and audiences (593)
2. help us understand how “expert” users of one English (ex. American academic English) might be “novices” in another English (ex. Sri Lankan English)

In short, WEs encourages an exploration of the rich linguistic diversity that English–and languages in general–offers and the open-mindedness and reciprocal understanding that such explorations cultivate in those willing to put forth the effort.