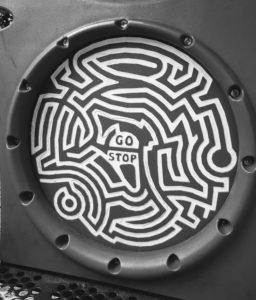 Suppose a teacher gives you an assignment, but you don’t have a clue about where to begin, and the teacher told you to pick your own topic. Perhaps, some argue, the singular act of writing can be enough to generate such ideas.

“Write as fast as you can for five minutes. Do not worry about saying something silly; do not worry about spelling, penmanship, punctuation, grammar. Just write. Concern with these matters is important but it comes later; now is the time for creating the map, not making it neat and presentable” (25).

Does that work for you? Here are some other ideas you could try, as well:

“One of the texts I have used, Cowan and Cowan’s Writing (1980), contains examples of a number of invention techniques, six of which I present to my students: 1) oral group brainstorming, 2) list making, 3) looping (write nonstop, with no self-censorship, on anything that comes to mind on a specific topic; then stop, read, reflect, and sum up in a single sentence what has just been written; repeat this procedure twice), 4) dialogue writing (carry on a conversation with yourself in writing about a specific topic), 5) cubing (swiftly consider a subject from six points of view: describe it, compare it, associate it, analyze it, apply it, argue for or against it), and 6) classical invention (write brief answers to several questions about a subject, which are grouped according to Aristotle’s common topics: definition, comparison, relationship, circumstance, and testimony)” (656).

“Start with your childhood….Plug your nose and jump in, and write down all of your memories as faithfully as you can. Flannery O’Connor said that anyone who survived childhood has enough material to write for the rest of his or her life. Maybe your childhood was grim and horrible, but grim and horrible is Okay if it is well done. Don’t worry about doing it well yet, though. Just start getting it down” (4).

“Good work has parts: beginning, middle, and ending. Even writers who achieve a seamless tapestry can point out the invisible stitching. A writer who knows the big parts can name them for the reader, using such markers as subheadings and chapter titles. The reader who sees the big parts is more likely to remember the whole story….Although I still don’t work from a formal outline, I write a plan, usually a few phrases scribbled on a yellow pad. And here’s another tool I learned: an informal plan is nothing more than the Roman numerals required by a formal outline. In other words, my plan helps me see the big parts of the story” (121).

Lamott, Anne. Bird by Bird: Some Instructions on Writing and Life. Doubleday, 1994.